Happy Easter to Everyone ! 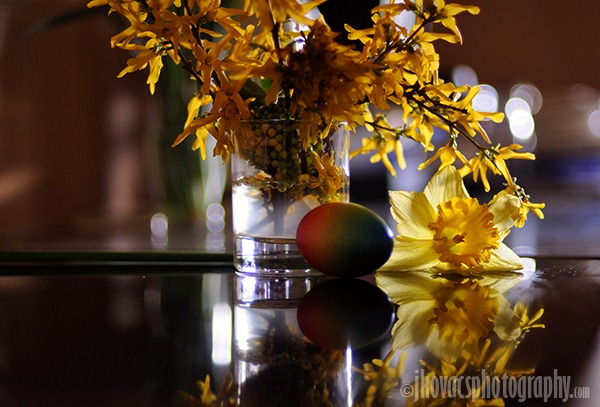 Since its origins, Easter has been a time of celebration and feasting and many Traditional Easter games and customs developed, such as egg rolling, egg tapping, Pace egging and egg decorating. Today Easter is commercially important, seeing wide sales of greeting cards and confectionery such as chocolate Easter eggs, marshmallow bunnies, Peeps, and jelly beans. Even many non-Christians celebrate these aspects of the holiday while eschewing the religious aspects.
The Netherlands, Belgium, France and Northern Germany

Church bells are silent as a sign of mourning for one or more days before Easter in The Netherlands, Belgium and France. This has led to an Easter tradition that says the bells fly out of their steeples to go to Rome (explaining their silence), and return on Easter morning bringing both colored eggs and hollow chocolate shaped like eggs or rabbits.

In both The Netherlands and Flemish-speaking Belgium many of more modern traditions exist alongside the Easter Bell story. The bells ("de Paasklokken") leave for Rome on Holy Saturday, called "Stille Zaterdag" (literally "Silent Saturday") in Dutch.

In French-speaking Belgium and France the same story of Easter Bells (« les cloches de Pâques ») bringing eggs from Rome is told, but church bells are silent beginning Maundy Thursday, the first day of the Paschal Triduum.

In the northern and eastern parts of the Netherlands (Twente and Achterhoek), Easter Fires (in Dutch: "Paasvuur") are lit on Easter Day at sunset. Easter Fires also take place on the same day in large portions of Northern Germany ("Osterfeuer").