In 2010 Schneller got an offer from the German bluesrocker ace Henrik Freischlader's record label CABLE CAR RECORDS to make a new album. Freischlader in person and together  with Schneller produced the record  that was released in November 2011. The music on the new  CD gets people out of their chairs and onto the dancefloor faster than anything that the singer and saxophonist has done to date: there is funk, soul and blues at the highest quality. Since 2012 Schneller brings this exciting collection of grooves to the stage with a brand new band. 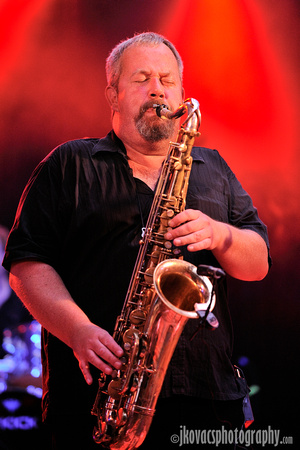 The band that supports Tommy SCHNELLER (sax and vocals) are composed by passionate musicians who are masters of their instruments with decades of music-business experience.

- Jens FILSER (guitar and vocals) is the epitome of the guitar freak's fantasies, as he has demonstrated in his years of work with Annie Haigis, Rob Strong,  Mighty Flea Conners, Jeff Healey, Birth Control and many others.

- Gregory BARRETT (organ, piano and vocals) will be remembered by German fans as the longtime keyboardist and frontman of Supercharge. Home back in the US he has worked with many outstanding artists including Johnny Cash, Willie Nelson, Tracy Nelson, Emmylou Harris, Carl Perkins, Allman Bros. founder Dickey Betts, Chuck Berry and Tinsley Ellis.

- Gary WINTERS (trumpet/flugelhorn) is a shoo-in for the label "world-class musician"; he is a regular in the bands of Fred Wesley and Bootsy Collins and has accompanied a slew of international stars in his still-young career.

- Dieter KUHLMANN (trombone/sax) has been Tommy's musical collaborator for more than ten years, and sits in the swing-seat with two instruments in the new line-up.

- Maik REISHAUS (bass/vocals  and Bernhard WEICHINGER (drums) are the band's rhythm section; Weichinger has worked with Candy and Hans Dulfer among many others.

Even as a child Tommy Schneller knew what he wanted to be when he grew up and have not changed his mind; after catching the musical virus from an Elvis cassette, he set his sights on music and never looked back. Schneller grew up in Germany's "Blues Capital", Osnabrueck, wellknown for the number of nationally active artists in the genre who live there, and while still young he began to appear regularly at the legendary Monday jams in the city's live music institution the "Pink Piano".

In 1987 he appeared in his first professional gigs , and ten years later delivered his debut CD "BLOWING AWAY". Since then he has toured and performed regularly throughout Europe's rich network of great music clubs and festivals. By 2004 Schneller had released two more albums, "BLUES FOR THE LADIES" (2000), the popular title cut of which was rearranged and recorded again for the new CD, and "A HEARTBEAT AWAY" (2004).

Since the year of 2000, apart from the Schneller recordings and shows, as as a member of the "Blues Night Band",  he has worked with a number of other international artists  including: the Ford Blues Band, Sydney Youngblood, Ron Williams, Rolf Stahlhofen, Red Holloway, Angela Brown and MANY others. In addition, he recently released the trio CD "LET'S GET HIGH" with "Bluesin' the Groove", trio  that was joined by the piano icon Christian  Rannenberg and young lion drummer/singer Alex Lex.

In 2007 Schneller met the guitarist, singer and multi-instrumentalist Henrik FREISCHLADER. In 2008 they started to work together in the group called "5 LIVE". Later on they released the CD "5 LIVE: IN THE KITCHEN" with the support of the major German broadcaster NDR (North German Broadcasting).

In 2010 Tommy had received an offer from Freischlader which soon resulted in the release of the current CD "SMILING FOR A REASON" (2011): a mix of funky blues and soul, which infects the listener with its driving rhythms. Apart from  "the Al Green classic "Never Found Me a Girl",  the music was  written by Freischlader, keyboarder Barrett and Schneller himself.

"Things weren't always rosy between us. How could they be? As a conservative politician and public figure my father had to deal with the escapades of a teenager who had just discovered Elvis and was swept up by youthful rebellion. Not easy for him! But he let me find my way...he supported me in the search for a calling that would bring me happiness, and for that I will be eternally grateful." 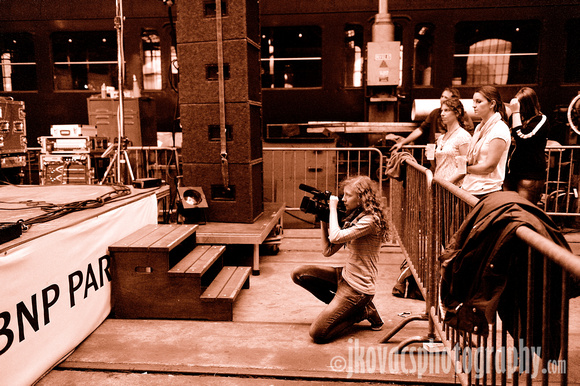 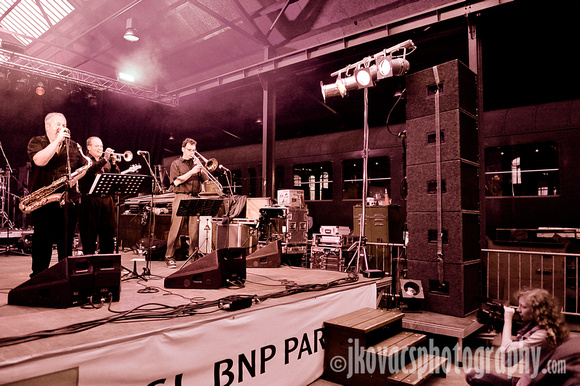 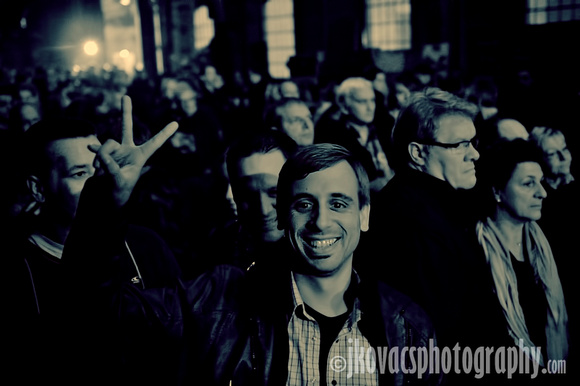