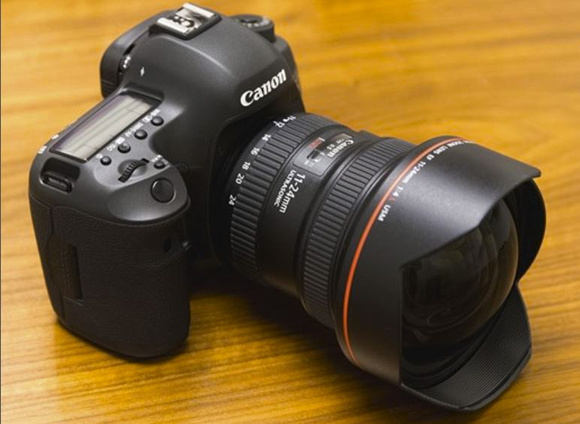 Canon has added to its EOS 5D range with the launch of two 50MP cameras, the 5DS and the 5DS R. Both cameras are high-resolution full frame models, primarily aimed at stills photographers. The only difference between the models is that the 'S' has an optical low-pass filter, while the 'S R' has a self-cancelling filter (the same relationship as Nikon's D800 and D800E models shared).

The two cameras will exist alongside the EOD 5D Mark III, acting as dedicated high-resolution cameras primarily intended for studio, landscape and wedding shoots, rather than the all-round capability offered by the existing model. The Mark III still trumps the S and S R in terms of maximum ISO and continuous shooting speed.

Slightly unusually for Canon, both models have been announced a long way ahead of their June 2015 availability date, so we wouldn't be surprised if some of these details changed between now and then.

Most of the big new features on the high-res 5Ds are about ensuring you're able to get the best of the cameras' extra resolution. Our experiences with the Nikon D8X0 series cameras has shown us that simply having a high resolution sensor isn't enough: to take full advantage of it you need to really obsess about stability.

To this end, Canon has reinforced the tripod socket and surrounding area to allow stable engagement with a tripod. It has also used a more controllable, motorized mirror mechanism, like the one in the EOS 7D II, that allows a deceleration step before the mirror hits its upper position - reducing mirror slap.

The third change a revised mirror lock-up mode that allows you to specify an automatic delay between the mirror being raised and the shutter opening to start the exposure. It allows the user to choose the shortest possible delay that has allowed mirror vibration to subside: maximizing sharpness while minimizing the loss of responsiveness.

Although the S and the SR can both shoot movies with the same choice of frame rates and compression as the 5D III, they don't offer clean HDMI output or headphone sockets. The message is pretty clear - if video is a major concern, these aren't the cameras for you.