Gaudí’s conception of the Sagrada Familia was based on the traditions of Gothic and Byzantine cathedrals. His intention was to express Christian belief through the architecture and the beauty of the building and communicate the message of the Evangelists. He achieved a symbiosis between form and Christian iconography, with a personal architecture generated via new but thoroughly logical structures, forms and geometries inspired by nature, with light and colour also playing a central role.

The meaning of the Sagrada Familia is communicated through the form and expressivity of its architecture and the iconography of its sculpture.

There were many helpers and followers of Gaudí who collaborated with him during his lifetime, including Francesc Berenguer, Josep Maria Jujol, Josep Francesc Ràfols, Cèsar Martinell, Joan Bergós, Francesc Folguera, Josep Canaleta and Joan Rubió.

Please check out some photos here so that you could understand what I meant. 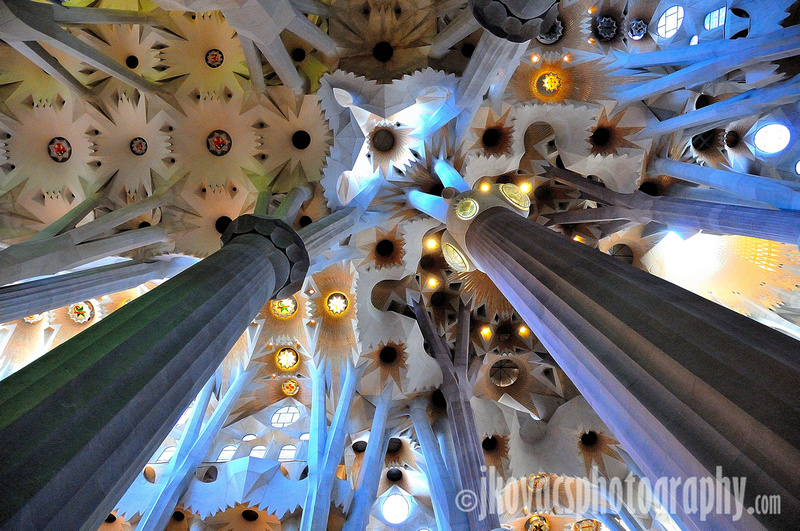